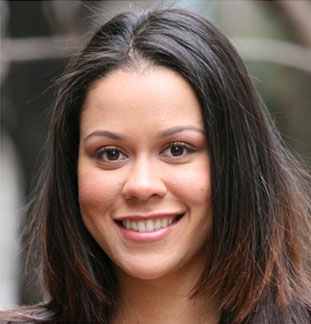 Patrice is an attorney, professor, and criminal justice reform advocate in Washington, D.C. Her career is devoted to fundamentally changing the way people think about who we punish, why we punish, and how we punish.  A lifelong organizer, she believes the brilliant ideas we are looking for are in the brilliant people we overlook. 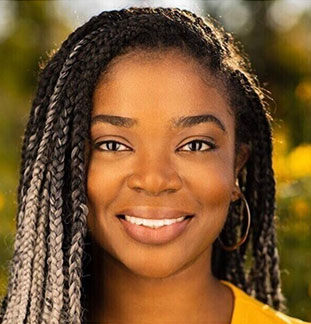 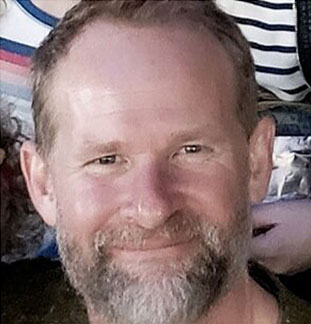 Moses is a mission-driven program administrator, social justice advocate, and legal educator with a demonstrated passion and commitment toward championing the rights of disenfranchised groups. He recently served as the Executive Director of Rising for Justice the oldest legal clinic in D.C. 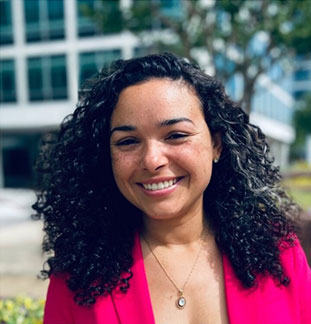 Naïké Savain is committed to bold and transformative change that is community-led, and she is willing to speak truth to power to achieve it. She has dedicated her time and effort to fighting for justice for the District’s most marginalized communities in and out of the workplace for over a decade. 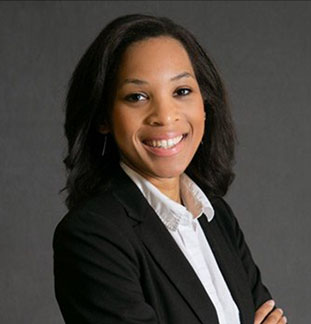 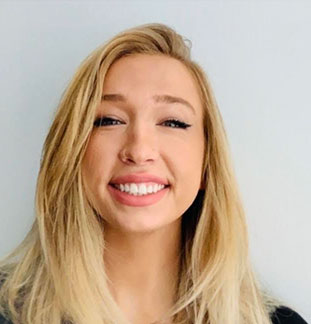 Caitlin Holbrook is a civil servant focused on human rights and civil rights. As Policy Advocate and Research Associate at DC Justice Lab, Caitlin dedicates her time to supporting research and litigation related to solitary confinement and other criminal justice reform projects in D.C. 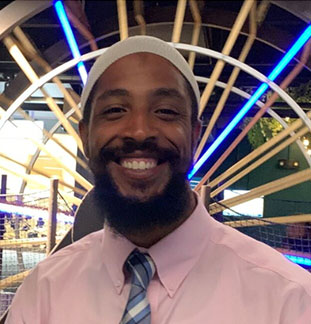 Kelvin Blowe is a Policy and Advocacy Associate at DC Justice Lab and a Peer Navigator at the National Reentry Network for Returning Citizens. Prior to DC Justice Lab, he served four years active duty in the United States Marine Corps, including tours to Afghanistan and Jordan. 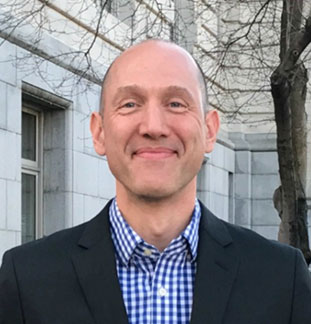 Don is a graduate of Yale Law School and the Yale Graduate School (Anthropology), where he worked with families of prisoners and authored Doing Time on the Outside, a study of the impact of mass incarceration on families and communities in the District of Columbia.  He has written extensively about the role the criminal justice system plays in disassembling families and communities, contributing to the conditions that give rise to the social disorder that the criminal justice system purports to reduce. 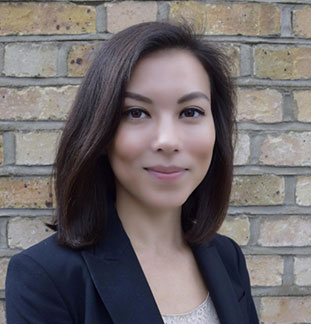 Jade is a criminal defense lawyer at KaiserDillon PLLC. She has defended people at every stage of criminal proceedings.

Jade worked as a supervising attorney and interim director of the criminal division at Rising for Justice.  She defended clients in criminal, juvenile, and civil protection order cases.  She also helped hundreds of DC residents seal their records and thereby overcome the collateral consequences of arrests, charges, and convictions. Jade taught students from DC-area law schools and supervised attorneys within Rising for Justice, as well as pro bono attorneys from major DC law firms.  Jade has also worked at Privacy International, where she challenged intrusive government surveillance practices and the overcriminalization and monitoring of people from low-income communities.

Jade is a graduate of Yale Law School, where she defended clients in criminal cases, worked on juvenile resentencing, assisted in death penalty litigation, and helped draft amicus briefs on prosecutorial misconduct and ineffective assistance of counsel issues.  She was a board member of Yale Law Women, the Alliance for Diversity, and the Clinical Student Board.  Over two summers, Jade worked at the Legal Aid Society in New York City and the Public Defender Service for the District of Columbia. 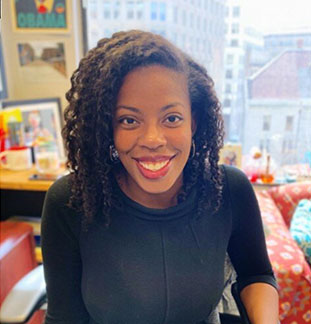 Lauren Alicia Johnson serves as Assistant Counsel at the NAACP Legal Defense and Educational Fund. Prior to joining LDF, Lauren served as senior legal counsel at The Justice Collaborative, where she worked to address systemic injustice in local criminal legal systems across the country through community -focused campaign advocacy and policy development. Lauren's work in criminal law policy at TJC was informed by her work as a public defender. As a trial attorney at the Public Defender Service for the District of Columbia Lauren represented clients charged with serious felonies in D.C. Superior Court.

Lauren has also been an adjunct professor at The George Washington University Law School, focusing on trial advocacy and public interest lawyering. 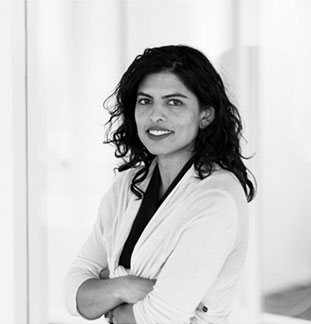 Previously, Julie served as senior policy adviser for the U.S. Department of Justice, Bureau of Justice Assistance, supporting  state and local efforts to reduce solitary confinement and reform sentencing, corrections, community supervision, fines and fees, and pretrial policies and practices. Julie also worked as a senior policy associate for the Vera Institute of Justice, assisting policymakers on criminal justice policy matters, and practiced law at Wiggins, Childs, Pantazis, Fisher & Goldfarb, representing clients who experienced discrimination in employment and housing based on race, sex, and disability. In addition, she served as a judicial clerk for the U.S. Court of Appeals for the Eleventh Circuit.

Julie earned a B.A. from Harvard College and a J.D. from New York University School of Law, where she served as editor-in-chief of the NYU Law Review. 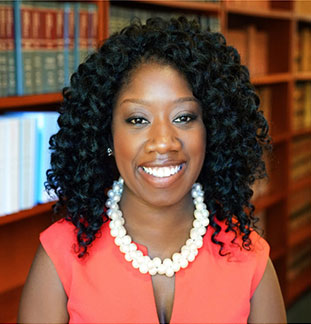 Chanell currently serves as Senior Manager of Government and Community Affairs at Starbucks, developing and leading public policy strategies that drive Starbucks regional policy agenda, in Washington, DC, Maryland, Virginia, and Delaware. Prior to joining Starbucks, Chanell Autrey served as Senior Director of Government and Community Affairs for Monumental Sports and Entertainment. In this role, she led and executed the government relations strategy for the Washington Wizards, Mystics, and Capitals.

A dedicated public policy lawyer, Chanell spent five years at the Council of the District of Columbia, serving in various roles, including as Committee Director for the Committee on Business & Economic Development. A graduate of Pennsylvania State University and George Washington University Law School, Chanell began her professional career as an Assistant Public Defender in Baltimore and is an active member of the Maryland Bar Association.

Chanell currently serves as a Member-at-Large of the National Bar Association, the nation’s oldest and largest national network of predominantly African-American attorneys and judges.

Chanell has been named to the National Black Lawyers Top 40 under 40 and the National Bar Association’s Top 40 Under 40. She is a native of Washington, D.C. and a proud member of Xi Omega Chapter of Alpha Kappa Alpha Sorority, Inc.

I would reform the city’s expungement process. 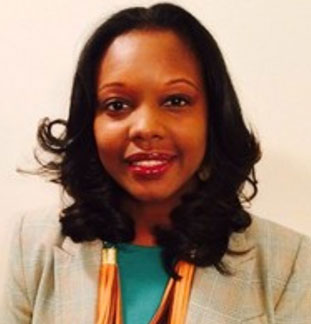 Clinique Chapman is a Senior Program Associate II at Vera’s Center on Youth Justice in the Restoring Promise initiative. Prior to joining the Vera Institute of Justice, Clinique was a Program Manager with the DC Department of Corrections, where she worked to shift correctional culture from the inside-out, by way of program implementation and developing a behavioral health team. Clinique’s passion and skills were honed as a forensic social worker with The Public Defender Service for the District of Columbia where she spent a decade as a sentencing advocate and mitigation specialist, specializing in youth who were tried in adult court. Clinique has also consulted on mitigation death penalty cases.

Clinique is an Adjunct Assistant Professor at Howard University School of Social Work where she teaches criminal justice to the next generation of change agents. Clinique serves as an Advisory Board Member for Free Minds Book Club and Writing Workshop and as an Executive Board for the National Alliance of Sentencing Advocates and Mitigation Specialists (a section of the National Legal Aid and Defender Association). She received her BA and MSW (with a concentration in criminal justice) from Howard University and is a licensed clinical social worker.

Raising the age of adult prosecution to at least 18yo., improving the conditions of the DC Jail (CTF and CDF), and dismantling the DC MPD. 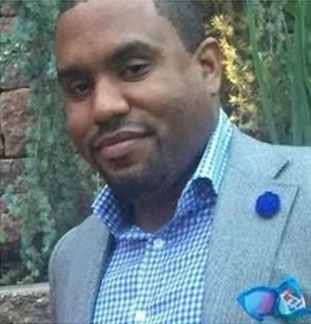 Kyle is a 20+ year career real estate professional in the DC metropolitan area. He has long has a specific focus on equity and inclusion in housing, finance, and education. His passion for criminal justice reform and merging his relationships in business, sports and entertainment to bring awareness to his much needed component of our society is paramount in his life's work. He is a longtime resident of Washington, D.C. where he resides with his wife and two children. 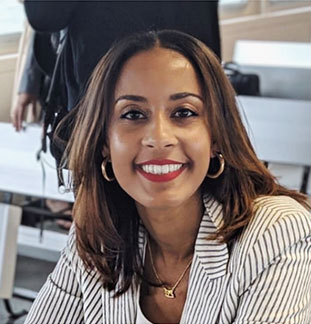 Samra is a multi-hyphenate planner-organizer-engineer committed to ensuring equitable infrastructure in cities. Her work involves the practical application of technology for public good and solving for their implications to quality of life and equity for marginalized groups.

Samra is currently a Project Manager at Dimagi, Inc, managing the software implementation and digital transformation in state governments across the U.S. Her previous experiences include management consulting and international development policy in the US and Ethiopia.

Samra earned her Master in City Planning (2020) at MIT’s Department of Urban Studies and Planning and her undergraduate degree in Materials Engineering at McGill University.

Shifting the DC criminal justice discussion from retributive to restorative and planning for physical infrastructure that meaning reflects that shift. 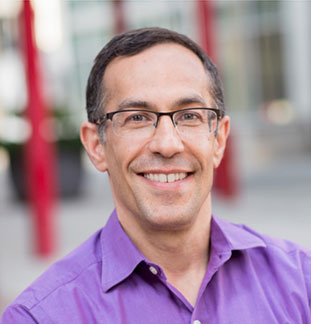 Ed is a Senior Fellow in State Fiscal Policy at the Center on Budget and Policy Priorities.

Prior to that, Ed founded the DC Fiscal Policy Institute in 2001 and served as its Executive Director until March 2020. At DCFPI, he conducted research on inequities in housing, jobs, education, and health care and partnered with advocacy organizations, labor unions, and community partners for fair wages, affordable housing, and access to health care. His successes supporting advocacy include creating the largest state-level Earned Income Tax Credits in the nation, reforming the DC school funding formula to provide more resources to high-poverty schools, and creating DC’s progressive paid family and medical leave program.

While at DCFPI, Ed chaired DC’s Public Education Finance Reform Commission and served on the D.C. Tax Revision Commission. Ed has served on the boards of other DC-focused organizations, including the Children’s Law Center, the Consumer Health Foundation and the DC Primary Care Association.

Ed has a Masters Degree in Public Policy from the University of Maryland and a Bachelor’s Degree from Harvard University.

Beginning the process of shifting resources from traditional policing (MPD) to community-based approaches to safety.