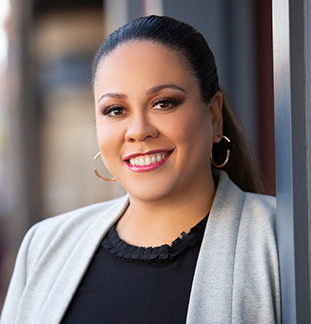 Patrice Sulton is currently employed as the Executive Director of DC Justice Lab.

She is an attorney, professor, and criminal justice reform advocate based in Washington, D.C. Her career is devoted to fundamentally changing the way people think about who we punish, why we punish, and how we punish. A lifelong organizer, Patrice believes the brilliant ideas we are looking for are in the brilliant people we overlook. She envisions, writes, and fights for sweeping changes to American criminal laws and policies.

Prior to her work drafting legislation, Patrice earned a reputation as a focused and fierce advocate for her clients and is known for leveraging her deep understanding of substantive law and procedure to approach cases thoughtfully and holistically.

Patrice is a passionate instructor and counsels law professionals, policymakers and community advocates on criminal justice, racial justice, constitutional law, advocacy, and systems change. She is a Professorial Lecturer in Law at The George Washington University Law School and, last year, she was awarded the Distinguished Adjunct Teaching Award.

Patrice earned her BA in Philosophy from the University of Wisconsin-Madison and her JD from The George Washington University Law School.